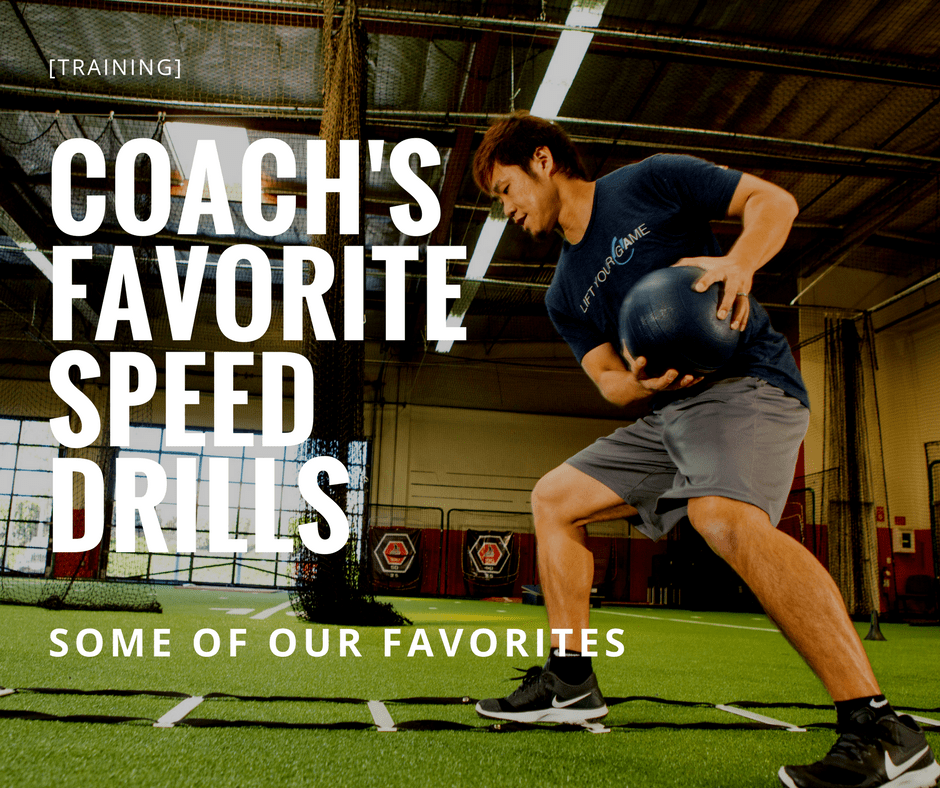 Speed training is fundamental to the Velocity system. We asked four of our coaches which drills were their favorites – a kind of “desert island” scenario for speed training. If you don’t have much time, or maybe just don’t know where to start, try these. 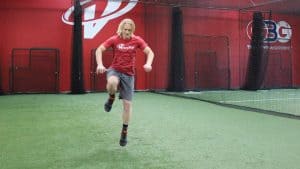 Reason
Every athlete needs to be quick and powerful on just one leg. Whether it’s cutting, jumping, landing, or sprinting, sports are mostly about exploding, stopping, and exploding again as quickly as possible.

Focus
This drill requires athletes to generate as much force as they can while getting their foot off the ground as quickly as possible.

Execution
While in a single-leg stance, jump as quickly as you and tuck your knee up toward your chest as soon as your foot leaves the ground.

Sets & Reps
As many reps as you can on one leg for 20 seconds.

60 seconds of rest.
As many reps as you can on the other leg for 20 seconds.

Repeat this series three times and you’ve done some respectable speed training in under four minutes. 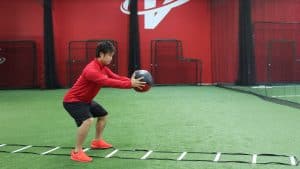 Reason
In addition to being a place where many athletes can make a meaningful difference in their on-field or on-court speed, the moment when an athlete needs to change direction or decelerate is where the majority of non-contact injuries occur. This is due to lack of strength, poor posture or position, or a combination of both.

Fortunately, these types of injuries are easily preventable by learning good base position and improving eccentric strength.

Focus
Learn what good base positions are and how to get in and out of them quickly.

Execution
Work on your base positions:

Next, you need to learn the “Loading Position.” At Velocity, we often refer to this as Level Lowering. While you can do this without any equipment whatsoever, we often use the following tools to help with these drills:

Sets & Reps
Level Lowering is about posture and position before it is about volume. Therefore, going through a certain number of reps if the correct posture cannot be maintained is at best unhelpful and may be dangerous. The best way to approach these drills is to work until you master the positions.

The movement patterns involved are simple, excellent for training specific movement, and are common to any sport that involves more than running straight ahead.

The test is very short, lasting at most six seconds. This means that an athlete’s performance is determined by their foot quickness and ability to change direction, not by endurance.

Another benefit of this drill is that it’s not a drill – it’s a test. Athletes get timed, so not only do they tend to push themselves harder than they would otherwise, they also get direct and immediate feedback as to whether they are getting faster or slower.

Focus
This test is about how quickly and athlete can change direction, plain and simple.

Execution:
Place three cones (or something similar) in a line with five yards between each cone. The athlete starts in the middle in a square stance, facing directly ahead, with one hand on the ground. The athlete sprints five yards one direction, then ten yards back the other way, then turns around to sprint back through the middle.

Time starts as soon as the athlete makes his or her first move coming out of the square stance and ends when the hips cross the middle line.

Sets & Reps
We suggest giving an athlete one or two test runs at about 80% to get a feel for the movement and decide which direction they want to start running. After that, more than three or five times through the test is adequate. If you are looking for a change-of-direction drill for conditioning purposes, we would suggest something like suicides or the 300-yard shuttle. 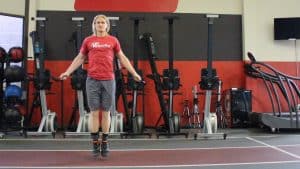 Coach Rob spends a lot of time with our Youth athletes, whose ages range from about 8 to 12. While simplicity is valuable regardless of your athletes’ ages, its importance increases with younger athletes, whose attention spans and motor control are not yet fully developed.

Reason
Part of the Velocity Big Four Speed Formula is small time, which is purely about getting your feet off the ground quickly. Jumping rope correctly teaches athletes how to get their feet up quickly and improves their ability to do so. It gives them immediate feedback as to whether they are getting better at being quick – they get over the rope or they don’t.

The coordination required to jump rope is another reason it work so well. Many of our young athletes need work in this area, and when they can coordinate their jump roping, it usually translates in to an improvement in overall coordination. This helps with running technique and a wide variety of other movements.

This drill requires a lot of focus, and nearly all of our youth athletes need more of that. In fact, our coaches know the quality that determines which athletes excel is often not talent or strength, but the ability to focus. We’ve found that giving our athletes drills that force them to lock in their attention to the task at hand is a great way to develop that ability.

Execution
Jump over the rope by picking up your toes, not by bending your knees.

Sets & Reps
Set a goal for your athletes to be able to do 100 jumps in a row without stopping for any reason. Beginning with just five minutes of practice every day will yield great results. Once they can do that, move on to single leg jump rope, and then to double-unders.